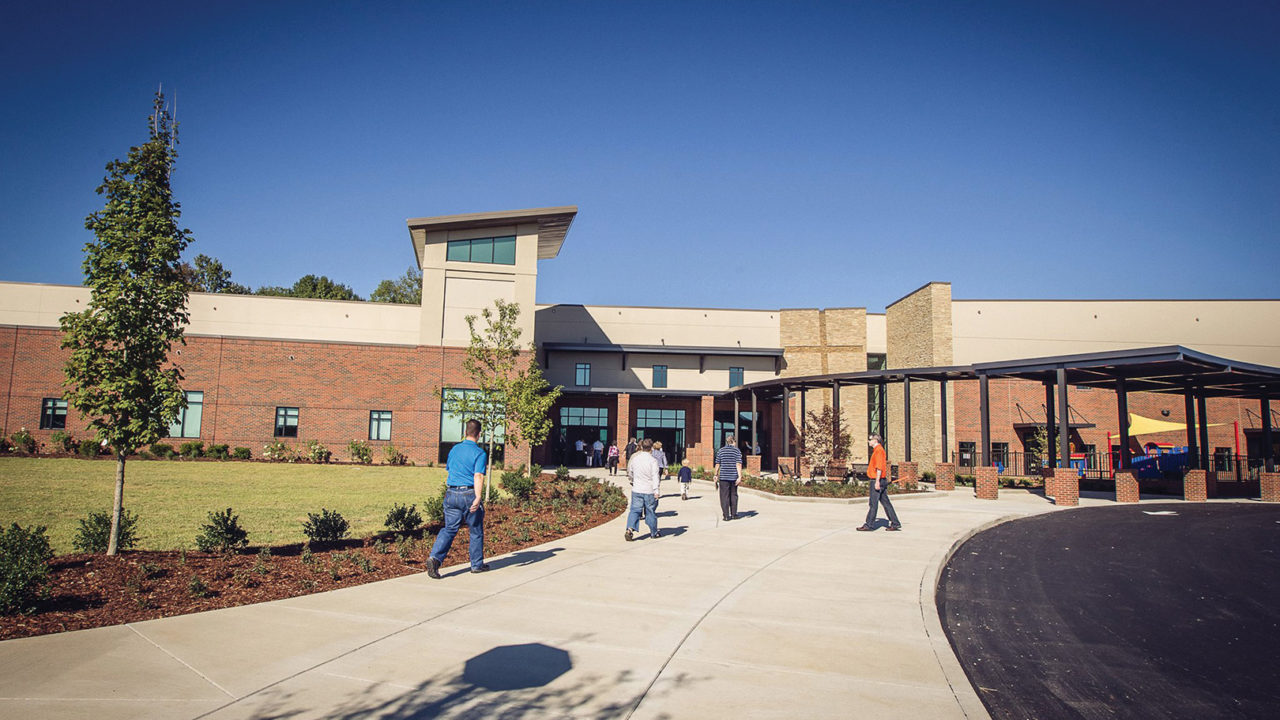 Celebrating 10 Years of The Church at Station Hill

This past Sunday, the Station Hill campus gathered in celebration of its 10th anniversary. Beginning with only 50 families from the Brentwood campus, Station Hill became the first regional campus of Brentwood Baptist Church on February 28, 2010.

Pastor Jay Strother was called to lead the new campus, as he prompted the idea of planting a church in that area. Mike Glenn, Senior Pastor of Brentwood Baptist, mentioned, “Jay was originally the Middle School Minister at the Brentwood campus, but his family lived in Thompson Station. In God’s great plan, He put them in a place where they were building relationships and having Bible studies. However, they soon realized none of their friends would make the drive to attend their church. That’s when Jay asked if Brentwood Baptist would support the beginning of a new congregation in that area. And, I’m proud to have seen Him grow into the great pastor he is.”

The church officially held its first service in the lunchroom of Heritage Middle School. While only being there for a few months, they were able to witness the increasing need for space. Around Easter, the church moved into a leased building but continued to look for land to hold what God was building.

When asked about the 10-year celebration, Janie Burnett (Station Hill member since 2013) mentioned,

“God gave Pastor Jay a vision of the place being built on the highest location in Spring Hill. It was a wonderful thought to be a city set on a hill. Through the process, God provided so much through the Brentwood family of churches. Not having any debt is just phenomenal, especially with a building of that quality and in that location.”

The church moved into its brand-new building in September of 2015, and it has been growing ever since.

Today, the Station Hill campus is made up of people living in the Spring Hill/Columbia/Thompson’s Station areas and has grown exponentially as a result of the peak in population. God has strategically placed this campus in a prime location to engage the whole person with the whole gospel of Jesus Christ anywhere, anytime, with anybody.

At Station Hill’s celebration gathering, Pastor Jay Strother recalled the church’s humble beginnings. He mentioned, “On that first Sunday in Heritage Middle School, there were sticky cafeteria floors and gum under the chairs. It was not glamorous. However, what I remember most about that morning was that the Holy Spirit hit me with a thought. And, the thought was this:

Lord-willing, from this moment until Jesus returns, there will be a worshiping congregation called “The Church at Station Hill” that points people to Jesus and serves Him.

This was honestly one of the coolest moments of my life. And, I had the opportunity to stand there and watch God build a community of believers. God is still in the business of building churches—and I’m not talking about the physical building, nor am I talking about the ministries and programs. I am talking about the people, and I’m so blessed I get to pastor them.”

God is faithful and His promises are true, for He truly has built His church on the hill.