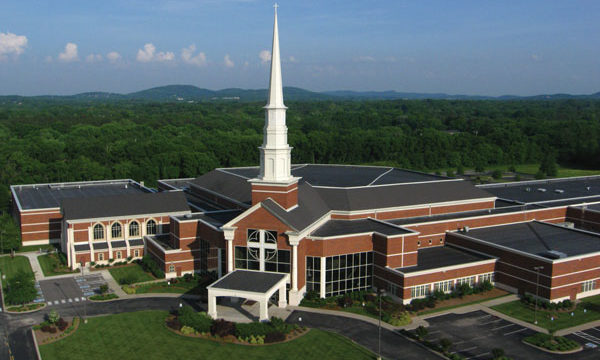 This past spring, Brentwood Baptist was still $12 million in debt on the cost of our buildings with plans to see the balance paid off by 2015. So imagine the surprise of the congregation this past Sunday, October 9, when our Pastor announced on his first week back from a 6-week sabbatical that recent gifts, totaling more than $10 million, had come in during his absence. The generosity of members put this church on track to be debt-free by December 31 of this year.

From the pulpit last Sunday, during all worship services, Pastor Mike Glenn explained the story behind the recent development, beginning with the time the Trustees approached him last spring to write down his vision for the church over the next five years.

“I made a presentation. I talked about getting out of debt as fast as we can and starting 20 churches in the next 10 years…” he said. “All of us understand and know the details of the situation now with the economy and what that means and how that needs to change. It’s just not the time for big, audacious plans like that. So we always try to keep my enthusiasm and dreams tempered with a good healthy dose of reality.”

Instead, the Trustees, Mike, and other leadership sat down and developed five church objectives (the first of which was presented this past Sunday during the message: “engage a diversity of people with the gospel”).

Steve Smith, Communications Minister, said, “That process was done without the realization that these gifts were going to be such a game-changer for us. This new prospect of being debt-free puts us in a position of tremendous opportunity to begin moving forward on those objectives.”

Later in the summer, Brentwood Baptist received a gift of $1 million from a member who passed away and remembered the church in his will. Mike said, “That knocked our total indebtedness for this property down to about $11 million, which is…incredible. To be in this kind of property—60 acres in the middle of Brentwood—and only owe $11 million, knowing that we moved [here] in June 2002, was significant.”

Thank You for Your Faithful Giving

During his sabbatical, Mike received word that additional gifts in excess of $10 million were given. Now, with such minimal debt on the books, he’s seeing his dreams become reality and encouraging members to do their part and remain faithful to giving in order to reach the end goal.

Church planting and multiplication is top priority and next on the list for this congregation, which has always been woven through the fabric of this church since Bill Wilson was pastor. The goal is to move forward, matching the effort and vision enacted through our regional campus to the south, The Church At Station Hill.

“If [this isn’t] a ‘Go’ sign from God, I don’t know what is…” he said. “I think God is serious about us…doing the things we talked about in the spring. So, now you know why this moment is so important. Your giving makes a difference. It opens up opportunities for us. Because we’ve been faithful, God has been faithful and generous to us. And He’s eager for us to be about His kingdom business.”