Home Blog General 4 Incredible Stories of Rescue in the Bible 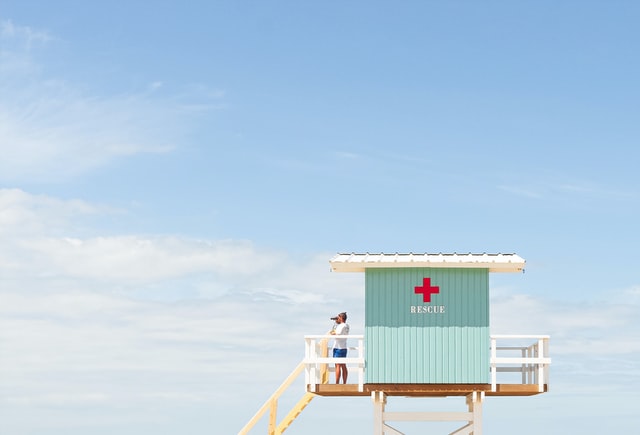 4 Incredible Stories of Rescue in the Bible

The word rescue causes many different dramatic pictures to flood our minds. It stirs our emotions. We will ask, “Who was rescued? What happened to get them in a situation where they had to be rescued? Who rescued them?” and on and on. We love rescues, and we love heroes. That is why I want to share with you some of the most dramatic, amazing, and exciting rescues in the Bible. These are true stories of men and women just like you and me who were rescued and used by our loving heavenly Father.

Daniel is one of my heroes of the faith.

As a young man, he and others were taken captive to Babylon. Life as they knew it and their place of worship was left in Jerusalem; a new chapter in their lives was beginning.

Although Daniel had to leave his place of worship in Jerusalem, he did not leave his faith or his resolve to worship and serve the one true God. The time of testing came for this young man, and he stood firm. Daniel 1:8 has helped me to understand how Daniel met adversity. “But Daniel made up his mind…” (NASB). Daniel had already decided or made up his mind what he would do and what he would not do. Before a situation happened, he had already determined his response.

Under no circumstances would he compromise on his faith or his God.

As time passed, the testing increased. Now Daniel was faced with the decision of denying his need of communication (prayer) with God. But, he had already made up his mind what he would do. He continued to kneel before his Creator and pray.

The result was that Daniel was taken—much to the distress of the king—and put in a den of hungry lions. I have often wondered how many lions were in that den. How many others had been eaten alive by those lions? What would have been my reaction as I looked down into that den with roaring, hungry lions licking their chops, waiting to be fed? But Daniel, that faithful, godly servant, was lowered into that den and a huge stone was rolled over the entrance. There was no other exit, no other means of protection. It was a live or die, sink or swim situation.

How prophetic were the king’s words as Daniel was lowered into that den. He shouted, “May your God, whom you serve continually, rescue you!”

Can you imagine how dark that den must have been? Lions circling and roaring. And just imagine the smell of those wild animals on that dirty rock floor. What happened that night in that den was an amazing rescue.

The Light of the world shone bright in the darkness, and with one word the mouths of those lions were shut. The situation that was meant for destruction was rescued and turned into a time of communion with the very One who speaks face to face with God.

Many saw and heard of the God of Daniel because of his decision to follow God regardless of the cost.

“He rescues and delivers; He performs signs and wonders in the heavens and on the earth, for He has rescued Daniel from the power of the lions.” –Daniel 6:27

The next incredible true story of rescue is about a man who, unlike Daniel, decided what he would do when faced with a decision—he ran!

Who else but Jonah?

God wanted to show compassion to the people of Nineveh and give them another opportunity to turn from evil and serve the One who created and loved them. Out of all the people He could have chosen, He picked Jonah. God spoke to Jonah and told him to go to Nineveh and tell them to repent or perish.

Jonah turned the other way and ran! He boarded a ship and sailed away from God’s call on his life. Or so he thought!

God hurled a great wind and storm and the ship was ready to sink. Jonah was sleeping and the captain yelled at him to call out to his God to rescue them. Jonah remained silent. He had already told the crew that he was running from the Lord. Finally, Jonah convinced them to throw him over board.

The storm stopped and God chose a huge fish to swallow Jonah. There he stayed in the belly of that fish for 3 days and nights.

Talk about being wet, cold, and afraid in the dark! The lion’s den for Daniel was terrifying, but imagine being in the stomach of a fish? Perhaps seaweed was wrapped around his head and he was floating in water almost drowning.  Jonah had nothing to do now but cry out to the God. He could not run or hide.

Now, Jonah realized he needed to give thanks in every situation and realized that it is God who rescues and saves.

After 3 days, the fish vomited Jonah out on dry ground. What did he look like after that? I imagine he looked terrible and smelled bad too. But when God called him once more to go to Nineveh, he got up and went immediately. The decision had been made in the belly of that fish that if God rescued, him he would obey!

When I hear the word “rescue,” another name comes to mind—Rahab.

Rahab lived in a house on the walls of Jericho. Her house was well-known because she was a prostitute.

She lived at a time when the world was changing. A nation was perched on the borders of her country, waiting for the right time to invade. This was no ordinary nation; it was the people of Israel. Stories of the God of the Israelites had preceded them, and everyone in their path was terrified. Their God had opened the waters of the Red Sea, and they had walked through. He had provided food and water in the desert, and He protected them every step of the way.

The walls of the city were closed against impending invasion. But two young men, spies from Israel, had snuck across the border and entered Jericho to size up the opposition.

Soon the officials knew there were two strangers in the city and the search began. As they tried to hide, they found themselves at Rahab’s house. She took them in and agreed to hide them under one condition. When (not if) the Israelites invaded and took Jericho, she wanted her family spared and not killed. She recognized that “the Lord your God is God in heaven above and on earth below.”

The commitment was made, and she helped the young men escape.

Next came the day of battle. The order was given to destroy everything and everybody in Jericho except Rahab and her family. The red cord in the window would mark her home.

The city is destroyed the population, and Joshua ordered the two young men who had made the commitment to Rahab to go and get her. She left her house with her family and looked into the faces of her rescuers. She made her home among the nation of Israel; their God became her God.

The God of Israel, the One who created her, had chosen her. The young spies had not come upon her house by accident. He knew the hunger in Rahab’s heart to know Him. She was rescued and redeemed. Her life transformed, and she became part of the family tree of Jesus.

What a story of rescue, redemption, and transformation!

Near the Sea of Galilee is the city of Decapolis in Gerasenes, there lives a man who was filled with unclean spirits.

He no longer lived at home but in the graveyard. Nothing—no chains or shackles—were strong enough to restrain him or keep him locked up for his own safety and the safety of others. He would cut himself with stones, and day and night he would cry and scream in the graveyard and on the mountainside. He wore little if no clothing. Everyone tried to avoid him; he was a sight to behold!

One day Jesus came to town. He came by boat on the Sea of Galilee. As Jesus got out of the boat, the demon-possessed man saw him and ran and bowed before him. He pleaded with Jesus to leave him alone, even calling Him the Son of the most High God.

But the Rescuer, Jesus Christ, looked him in the eye and asked him his name. The man replied that it was Legion because so many unclean spirits lived in him. Then Jesus commanded the evil spirits to leave the man. They had to obey, and their new home was a herd of about 2,000 pigs which stampeded down a steep bank into the Sea of Galilee. The herdsmen ran scared to the town to let everyone know what had happened.

Then the people came to see for themselves, and they found the demon-possessed man sitting at the feet of Jesus, dressed and in his right mind! Fear spread, they knew this crazy man and for years they had watched him destroy himself and frightening anyone who dared come near. They asked Jesus to leave because they could not make sense of what had happened.

So, Jesus got into the boat and his new friend and follower begged to go with him. But, Jesus told him to stay and give witness to what great things the Lord had done for him. He obeyed his Rescuer.

But, the most amazing and incredible story is when Jesus Christ rescued you and me. He will be with us when we stand firm like Daniel or when we run like Jonah. He transforms our lives from all the garbage and dirt and now we too are in the family of Jesus just like Rahab.

Remember when opened your eyes for the first time? You knew who He was and what He could do. You discovered how sweet it is to sit at His feet.

We are a part of His story, and He is our Rescuer.