Home Blog Advent Calendar The One in Control Loves Me 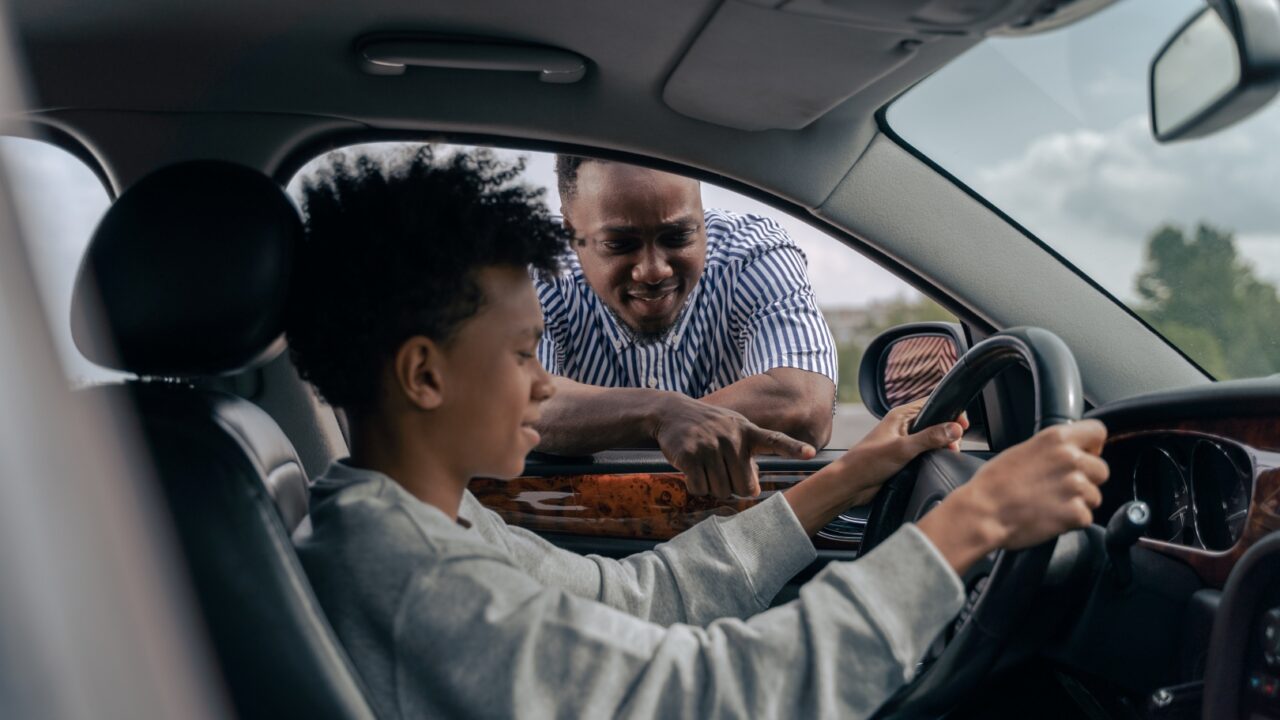 The One in Control Loves Me

The Desire for Control

The Christmas season is full of moments to help us relinquish control. I’ll give you one…currently, my son is learning to drive. And I’m learning to let him. But sitting in the passenger seat without a steering wheel or—more critically, a brake—feels a lot like crocodile cage-diving dressed as a crawfish. I don’t recommend it. What makes this so scary (aside from his driving) is my utter lack of control. It’s only when I return to the driver’s seat that can I really breathe again. Only then do I feel like things are under control.

I love that phrase: under control. It implies a vertical reality. If things are under control, then what’s on top—control—is what’s in charge. If our circumstances threaten to overtake us, our first instinct is to rise above them, to put them under our control. The people of Babel do this in Genesis 11 by constructing a monument of control, a monument so tall it stands literally over everything. So, what are they trying to control?

The Illusion of Control

In verse 4, the people say to one another, “Let’s make a name for ourselves; otherwise, we will be scattered throughout the earth.” Babel decides to build its own kingdom and to get things under control by constructing preservation via elevation. But here’s the problem: God’s mandate to them is to spread. After the flood, God tells Noah, “Be fruitful and multiply and fill the earth” (Genesis 9:1).

The story begins with one language, with strength in unity. But this strength becomes an idol for Babel. It becomes the source of their identity. Yet, it is God who gives identity. It is God who preserves a people. It doesn’t matter if we’re building our own kingdoms with brick, with possessions, or even with relationships. God is the author of community, and the only true community is the one that comes from Him.

In verse 7, the Lord says, “Let’s go down there.” We know that God is omnipresent. With Him, there is no up or down or in-between. So, why would He say this? Because Babel is under His control. They just don’t know it. The writer wants us to understand who is high and who is low. There is no tower tall enough to surpass the protection and the authority of God’s sovereignty. It is a lesson the people of Babel learn the hard way.

The One in Control Loves Me

No doubt the story ends with a people feeling a lot like me in the passenger seat of my son’s car, decidedly not under control. Yet, that is precisely where they are. Not under their control, but under God’s. Calamity happens for many reasons. But Romans 8:28 reminds us that God works all things together for us when we act out of love and according to His purpose. He is the strong tower; we don’t need our own.

Building our kingdoms and making names for ourselves often results in confusion and calamity. Things get mixed up, scattered. Towers fall. We may look around us and feel like everything is lost. Like there is no control. We may see only chaos and futility. But in our weakness, God’s strength is made perfect. And things are only truly under control when we are under His will for our lives.

This Christmas season, fully let go and know that the One in control loves you.