Home Blog Christmas The Joy of Our Restoration 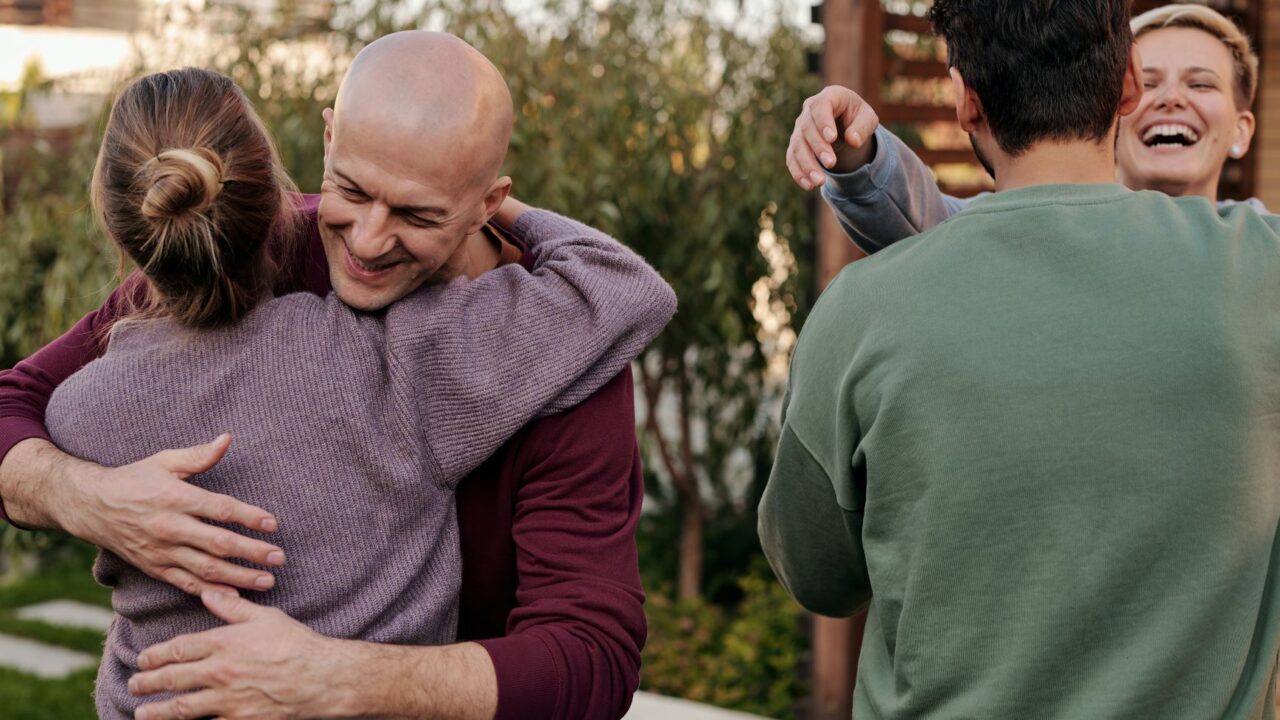 The Joy of Our Restoration

The Longing for Reunion

I’m fascinated by military homecomings, especially around the holidays. The scene often looks like this: a father gone from months of deployment returns to his family awaiting him at the airport. Moments before the reunion, there is excitement and emotional buildup. The wife and kids anxiously anticipate the first glimpse of their dad as he makes his way from the airport concourse. Where is he? They can’t find him in a sea of faces walking towards them.

Finally, after an excruciating length of time, they see him. From a distance, that familiar rugged face makes an appearance, smiling as he approaches this heartfelt scene. They all scream with exhilaration as the kids run into their father’s arms. He picks them up in a long embrace and kisses each one. His wife follows, more subdued but equally grateful to have him back in her arms. Husband and wife embrace. The tears begin to flow, tears mainly prompted by joy but also relief. Dad is home for Christmas. A family separated has now been restored.

If you’ve seen these military homecoming videos or witnessed a scene like this one yourself, you probably had tears in your eyes, too. They evoke such strong feelings in us. But why? Because there is a longing in all of us for restored relationships. When we see it or experience it, our hearts long for the joy of a relationship with the ones we love. The joy of restoration is one we all long to experience.

This was the case in that emotional scene in Genesis 45 where Joseph reveals himself to his brothers, the ones who had sold him to slavery years before.  It had been a winding road for Joseph since that horrible day. He became a servant in the house of Potiphar, falsely accused and convicted of rape, imprisoned for years in an Egyptian jail, and separated from his family, especially his father Jacob. Would he ever see his family again? Would his family ever be restored?

The Longing for Relationship

I can imagine each year brought a more profound longing for the relationship. And then one day, his brothers show up needing grain to make it through a famine. As fate would have it, Joseph was in charge of the grain distribution program in Egypt at that time. After months of holding onto the agonizing secrecy of his identity, Joseph finally makes himself known.

“Joseph could no longer keep his composure in front of all his attendants, so he called out, ‘Send everyone away from me!’ No one was with him when he revealed his identity to his brothers. But he wept so loudly that the Egyptians heard it, and also Pharaoh’s household heard it.” (Genesis 45:1-2)

Joseph’s emotion was prompted by the longing in his heart for restoration to his brothers. It didn’t matter what the brothers had done to him. It didn’t matter the difficult road he had walked as a result of their sin. What mattered most was the joyful reunion with his family and the restoration they received by the grace of God. Like the family of the deployed soldier, his emotion was one of profound joy and relief.

The Joy of Our Restoration

As we consider this season of Advent and reflect on the gift we have in Jesus, do we recognize the lengths to which God made a way to restore His relationship with us? We were broken, enslaved, imprisoned, and separated from God. But Jesus came as a baby in Bethlehem to ultimately free us and bring us back to the Father.

The longing in God’s heart for you and me prompted the ultimate sacrifice of His Son on the cross–our relationship with God restored, our joy complete, and the emotional reunion of God and His creation made possible through Jesus.

Has joy eluded you? Do you have a longing in your heart? Come to Jesus, and you’ll find all you need and more. Is there a relationship that needs restoring in your life? Come to Jesus and allow Him to piece it back together so you, too, can experience the joy of restoration.