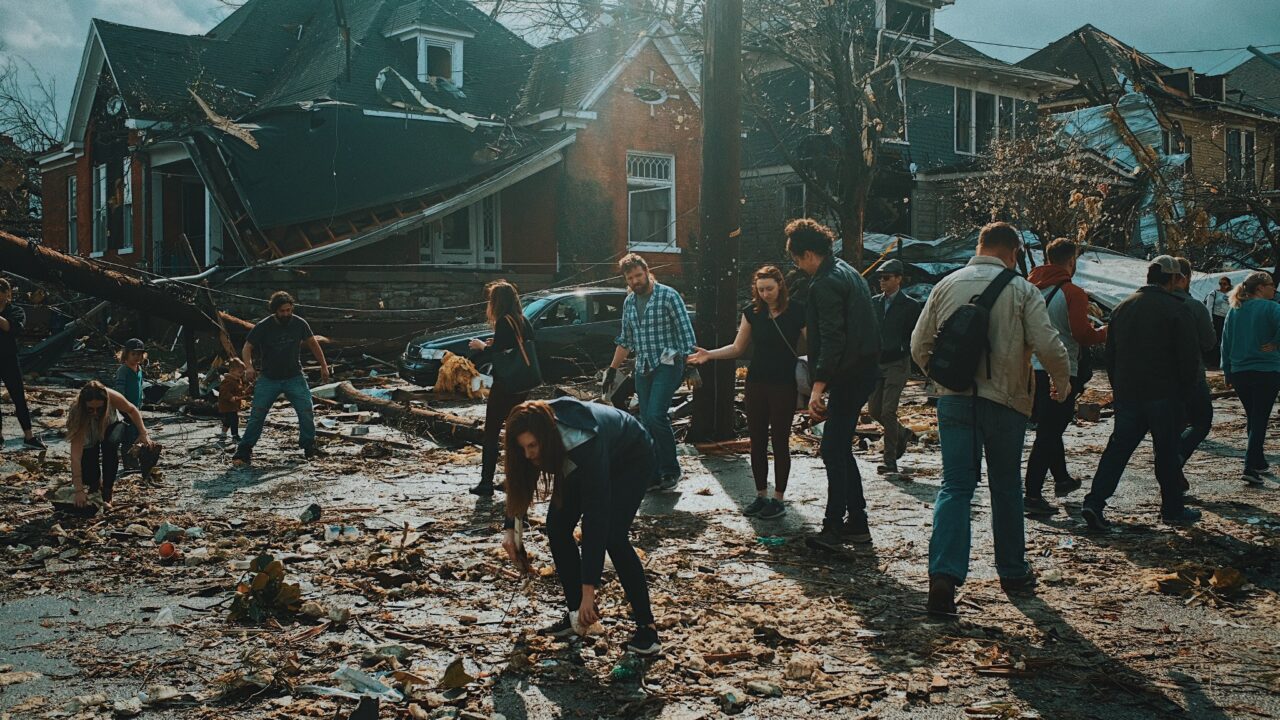 It was an eerie stillness that happens after a tornado. I’ve never been in a war zone. I know that that term is way overused, but I don’t know how else to describe it. There was not a tree that wasn’t destroyed. The roof had been blown off the church. The steeple was in the middle of the road. The houses had been leveled.

People started to slowly filter out of the wreckage of their homes and just ask if everybody was okay. You just spent as much time as you could either grabbing tree limbs and getting debris off of the road so emergency vehicles could come in, or knocking on doors and making sure people were safe.

For whatever reason, people began to come to us and ask how they could help, ask what they could do. We have a fire hall right across the street. There were thousands of bottles of water. I can’t even count the amount of donuts that people picked up. That station that was giving supplies and food and water to our neighborhood was this beautiful partnership between the church and the community.

We had cleared enough of the courtyard that we had put up a massive tent that became ground zero for relief efforts for the community. We couldn’t be in the sanctuary because we still didn’t have a roof and we had no power. But we knew after a week of relief and recovery, after seeing the community come together, we just needed to worship.

For many of us this morning, it’s not okay today. I get that. It’s been a long week, and it’s not over. The effects of this tragedy will remain with us for a long, long time. You are seen, you are not alone, you are welcomed, and you are loved in this place.

We’re now entering in the final stages of reconstruction of our building. And after a year, we have finally been able to start work on the building behind us. The great irony is the tornado that did such great destruction to our facilities has actually given us an opportunity to rethink the way our building was put together and redesign parts of it with the community in mind.

The way our congregation was able to respond has gained us a great deal of trust in a community that doesn’t tend to trust the church at all. The way I’ve been able to get to know new neighbors and friends and pour into them and let them pour into me—none of that came as a surprise to me.