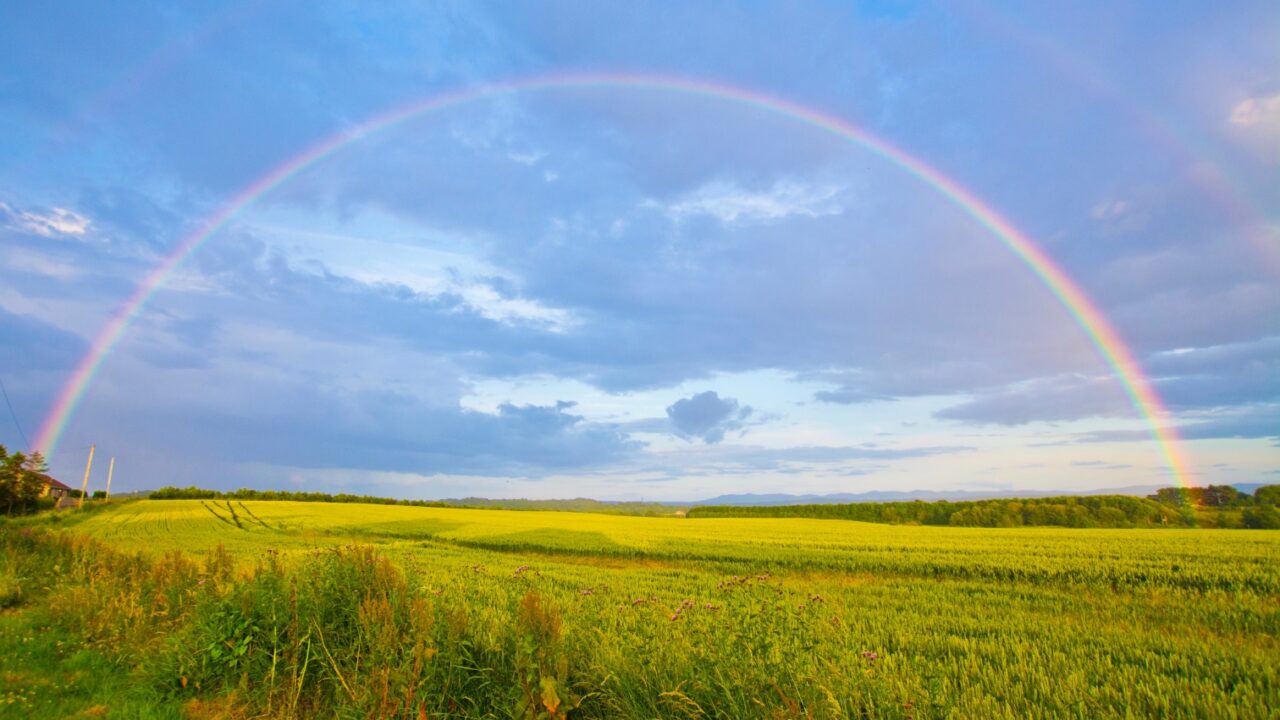 The day we announced we were expecting our second child was on our son’s first birthday with all of our friends and family. We were overjoyed at this wonderful blessing from God—and everything seemed to be going great for us.

At 17 weeks into the pregnancy, we found out through some genetic testing that our baby girl, whom we named Abbie Ann, had a very rare chromosomal disorder called Trisomy 13 (Patau Syndrome). This disorder occurs in 1 out of 16,000 births. All babies with this diagnosis are given the label “Incompatible With Life.”

We were devastated when the genetics counselor told us we probably wouldn’t see Abbie Ann born alive. We were given the option to terminate the pregnancy due to her low survival rate, but we knew God had given Abbie Ann to us for a reason and we didn’t want to be the ones to make the choice as to how long she lived.

A Call for Prayer and Worship

I’ll never forget getting a text from Jeremy Busler, our Minister of Music at Station Hill, saying he and his family were standing in the middle of the happiest place on earth (Disney World), when he got word of our news. They stood there on Main Street and wept and prayed for us.

We were on the schedule for Sunday to lead worship. He let us know he could find other leadership so we could take some time to process the devastating news. I immediately replied, “No, if there’s anytime that we need to be worshiping the Lord, it’s now—and there’s no place we’d rather be. Count us in. We’ll be there.”

A Time to Worship

Sunday rolled around. As we’d promised, we were on the platform leading worship with our team. It was the first Sunday of a new series on Revelation. I managed to hold myself together through the first couple of songs before our pastor, Jay Strother, got up to give the message.

This was one of those Sundays I really needed to hear God’s voice. I needed Him to speak and let me know things were going to be okay. I needed to know that He had our circumstances under control and that He was going to do something great through all of this. At the time, I didn’t know if He’d completely heal Abbie Ann, give us time with our daughter, or had some other plan. I just knew I needed to hear His voice.

Jay started by telling us about the story of John, who was exiled on the island of Patmos. Rome used to send people there so they would be forgotten or “cut off” from the rest of the world as if in the wilderness.

Then, he said something I know God needed me to hear: “The wilderness experience is always done in preparation for something good.”

This is interesting, because Rome sent John to Patmos to get rid of him, but God brought John to Patmos because He wanted his full attention! John tells us it was the Lord’s Day. So because of that, he had church. It didn’t matter that he was there by himself. It didn’t matter that there was no one else there to do the music. This was the Lord’s Day. The only thing he could do on that desolate island was worship!

It was the very same thing I’d told our minister of music we needed to do. We’re human. Our hearts were heavy. We were devastated at the news we’d received. But we knew we needed to be there worshiping God, giving Him thanks for all He’d done and for what He was going to do—even through the pain of what we were experiencing.

As I listened to the message, I had no doubt God wanted me to hear our pastor’s words. When the sermon wrapped, I knew it was time to get back up on the platform as our vocal team was closing the service with “Revelation Song.” I was the lead soloist on the song, and I knew that my strength to sing that morning was only by God’s grace to help me make it through.

He was there. I opened my mouth and sang the words, “Worthy is the Lamb who was slain. Holy, holy is He. Sing a new song, to Him who sits on Heaven’s mercy seat.” Tears streamed down my face, and I instantly felt the power in the room. With Jeremy at the piano, God sang through me and people began to stand to their feet—one by one.

Many people knew what we were going through and saw us worshiping through the trial. It truly was one of the most memorable worship experiences I’ve ever encountered. We were worshiping in our own wilderness just like John had done on the island of Patmos.

Jeremy and I left that morning filled with peace, knowing that God was in control, that whatever happened from that moment forward with our sweet Abbie Ann was His. We’d praise Him and give Him thanks for the time we had on this journey.

Abbie Ann made it to 36 weeks and 5 days. She passed into the arms of Jesus just two weeks shy of her delivery date. We had 19 beautiful hours with her in the hospital and a wonderful memorial service with friends and family. No parent should ever have to go through the experience of losing a child. It’s unnatural and hard, but we knew we were living our wilderness moment and that God was preparing something beautiful.

In Preparation for Something Beautiful

As a result of our journey with Abbie Ann, we posted her story on YouTube to help support other families who receive an “Incompatible with Life” diagnosis. It has reached numerous countries, with almost 100,000 views. We get e-mails and notes daily from people who tell us how her story has impacted them. God used this precious little life to help encourage and inspire others in so many ways—many of whom we’ll never even know about.

I also had the opportunities to record a CD called Frame, which offers hope, inspiration, and healing to those who need encouragement through loss. And I’ve had the chance to share my testimony with many people who are dealing with this devastating news about their own children, many of whom don’t know the Lord and ask me how I made it through such a difficult time. This has been an open door to share my faith with them.

Some of you might be reading this and thinking, Maribeth, my life is all in pieces. My life is all over the place. I’m in the wilderness. My dreams were shattered. My world has fallen apart. My marriage is ending. I just received the worst news I could’ve received from a doctor. I just lost my job and don’t know how I’m going to provide for my family.

Whatever it is, I’m here to tell you that you have a hope. There is a God who picks up the pieces and turns them into masterpieces. Just like Pastor Jay said, “The wilderness experience is always done in preparation for something good.”

All Things for His Glory

I held Romans 8:26-28 (The Message) dear to my heart while carrying Abbie Ann: “Meanwhile, the moment we get tired in the waiting, God’s Spirit is right alongside helping us along. If we don’t know how or what to pray, it doesn’t matter. He does our praying in and for us, making prayer out of our wordless sighs, our aching groans. He knows us far better than we know ourselves, knows our pregnant condition, and keeps us present before God. That’s why we can be so sure that every detail in our lives of love for God is worked into something good.”

A Testimony of God’s Goodness

This is our testimony. We’re living proof that God can use even the worst moment of your life and turn it into something good. Six months after we lost Abbie Ann, God blessed us with the news of another pregnancy. We’re blessed to say that we now have a beautiful, healthy baby girl named Kelsey Ann. She’s our “Rainbow Baby,” a term in the world of infant loss representing a child who is born after a loss.

In the Bible, God says the rainbow is an everlasting covenant. It’s understood that the beauty of a rainbow doesn’t negate the ravages of any storm. When a rainbow appears, it doesn’t mean the storm never happened or that we’re not still dealing with its aftermath. It means that something beautiful and full of light has appeared in the midst of the darkness and clouds.

Storm clouds may still hover, but the rainbow provides a counterbalance of color, energy, and hope. Kelsey Ann is our Rainbow Baby, and Abbie Ann will forever be a part of our lives. I pray that whatever situation you’re in, you will find hope—even in the wilderness.

Maribeth and her husband Jeremy are members of The Church at Station Hill, along with their children, Keyes and Kelsey. For more information about their story or to listen to the music that Maribeth has recorded you, go here.