Bret Dawkins wrote the following story about his experience on a Brentwood Baptist Mission Journey that just returned from Brazil.

Leading many to salvation in Jesus this week has been a great joy.

Today was a little different. Most of those that I shared the gospel with today were already believers. Of course, I’ve been speaking to them through an interpreter. As I went through the plan of salvation in English I got to watch the faces of those in my group as the interpreter repeated in Portuguese. In one particular group, a lot of sudden smiles and even laughter of joy began spreading throughout the group.

Because of the Cross

At first, it was just a grin or two, but by the time I reached the resurrection of Jesus, several could not contain themselves as grins became smiles, smiles became laughter, and laughter ended in a small clap. When I reached the end of my talk, I asked if any of them had ever asked God to forgive them of their sin by accepting Jesus’ death for the penalty of their sin and confessing Jesus as Lord of their lives.

In the Family of God

As with many groups, several would say yes. I would confirm this by asking if they were to die today, would they go to heaven. This is when many struggled and even said, “No” as they were not living a life good enough to deserve heaven. Of course this led to more discussions. However, with this one group, all of them in almost complete unison were saying “Si” (yes) and clasping their hands prayerfully or holding them over their hearts. I asked why. Again, in near unison, then via translation, “I’ve placed my faith in Jesus.”

Hallelujah. Oh the joy of salvation and my joy in being a part of the family of God…far, far away from home. 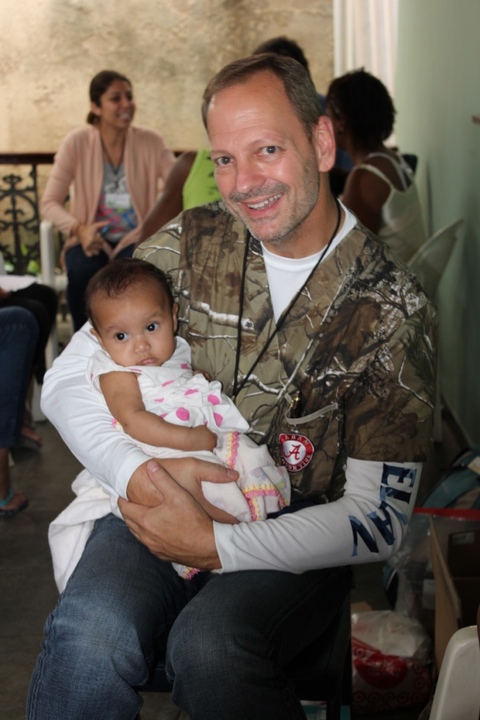